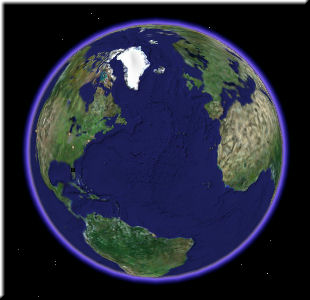 Could anyone please help me finding the locations of the movie on Google Earth?

May 02, 2013
Last week my wife and I were lucky to get a pair of tickets to see Pulp Fiction, presented by Samuel L Jackson, at the Arclight in Hollywood. We took the day off of work and spent a couple of hours visiting some iconic Pulp Fiction locations. I spent a couple hours checking sites to come up with a pretty good list of places.

First thing to know is that it's been close to 20 years since filming, so a number of locations have been demolished. No longer standing are: Hawthorne Grill (1st and last scenes), Brett's Apt building, and River Glen Motel (where Butch hides out). The diner was replaced by an auto parts store and Brett's Apt. building is now just an empty lot.

From East to West, here are the locations I've personally checked out. Put the addresses into google maps and you'll be set.

So I don't run out of room, I'll list the locations on a 2nd page.

Butch jumps into dumpster
Kendall Alley, Pasadena, Ca. (across the street from the theatre)

Just a few blocks away is the intersection where Butch "runs into" Marcellus. Butch is facing NW on Atwater at Fletcher Drive. After visiting this location we learned that the stop light seen in Pulp Fiction was a prop. There was never a signal at that intersection
Fosters Freeze
2760 Fletcher Drive
Los Angeles, CA 90039

Continue west down Fletcher and make a Right on northbound Riverside DR.

2934 Riverside Dr. Los Angeles
is the location where the River Glen motel used to stand, you will still see the Hyperion Bridge that is shown at the end of Butch's story.

Jump on the 5 and in just a few minutes you'll be at the exterior location of Jack Rabbit Slims. (the interior was built on a soundstage at Sony Studios)
1435 Spring St.
Glendale, Ca.

After visiting this location it is clear that the apartment courtyard that Butch walks through to enter his apt is a different (unknown) location. Biggest clue is that 11813 Runnymede is a 2 story complex, but Butch is filmed walking in a courtyard with 3 stories of apartments.

The Mason/Dixon Pawn Shop is actually
Crown Pawn Shop
20933 Roscoe Blvd, Canoga Park, The interior was used but there is no basement there, it was a set built at Sony Studios. QT loved this location at first sight and paid $1000/day for 5 days of shooting at the Pawn Shop. It still has the same owner so go chat him up, and sell your scrap gold at the same time!

Next stop The Wallace Compound
1541 Summitridge Drive, Beverly Hills
Honestly not much to see here, as the house is gated and not visible from the street

And to finish off the list, the site of the old Hawthorne Grill is
13763 S. Hawthorne Boulevard, Hawthorne

and Brett's apartment building used to stand at
1525 N. Van Ness Avenue, Los Angeles
You can talk about how you need shotguns and consider how people meet people, even if the building is gone.

May 02, 2013
For a good visual of the sights as the look check out http://www.itsfilmedthere.com/2010/02/pulp-fiction.html it was where I found the most information and helped me decide which locations I most wanted to visit.

sorry my reply was so long, but hey we made you wait long enough!

May 11, 2013
Thanks for the awesome information, Pitt. The next time I am in LA I will definitely spend a day checking out those places.
Displaying all 4 Comment