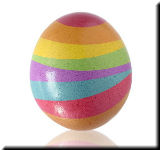 Fans of film, video games and comics love coincidence in their stories. Noticing connections between story universes, characters intertwined with characters from other works and pop-culture symbols can give fans a glimpse into the mind of the writer and director. Finding these “Easter eggs” is like mining nuggets of entertainment gold.

Easter Eggs offer mysterious clues about unseen worlds created together by the artists and their fans. One of the most-developed of these unseen worlds is the one created by writer/director/actor Quentin Tarantino and his fans. Sporting a complete alternate history along with corporate brands and family lines of its own, this world is hinted at by Tarantino and interpreted by his fans. His writing places Easter eggs liberally throughout his screenplays, challenging the observant. His choices as actor or director bring ideas to life for his fans, who then gleefully fit them into the overall picture like puzzle pieces.

One of the ways that Tarantino ties his imaginative universe together is through the use of false product placement. Product placement is used to generate extra revenue that helps to defray the production costs of a movie. Tarantino has scripted his own imaginary brands into places where a paid product placement might normally be seen. His characters don't stop in at Burger King and stuff their faces with a Whopper. When Mr. Blonde has a need for meat and cheese, no measly Whopper is going to satisfy, he's going to need a Big Kahuna Burger. This fake brand has been placed in movies throughout the Tarantino universe, in movies he's scripted or directed. Watch closely in “Pulp Fiction”, “Reservoir Dogs” and several other Tarantino-influenced movies for that juicy, delicious Big Kahuna Burger.

The most widespread Tarantino brand of this type is Red Apple Cigarettes, seen in most of his best-known films, including “Death Proof”, “Four Rooms” and “Reservoir Dogs”. Red Apple is the coffin nail of choice even in the movies that are being watched within the movies. “Kill Bill” and “From Dusk Till Dawn” are both movies that have been seen inside other Tarantino movies, such as when the Seth brothers from “From Dusk Till Dawn" are featured in a mug shot on the television in “Curdled”. So, the product placement of Red Apple and Big Kahuna in those movies can be seen as advertising to the characters in other Tarantino projects. A bar called Jack Rabbit Slim's is featured in both “Pulp Fiction” and “Reservoir Dogs”. Other brands to watch for include G.O. Juice, Fruit Brute cereal and Teriyaki Donut. Keep an eye peeled for these labels in any movie featuring Quentin Tarantino in the credits.

References to Other Movies

Tarantino frequently plants references to other movies in his scripts and as part of his director's vision. Sometimes these references are to people or situations from other movies in the Tarantino universe. For instance, most fans of his work understand that Vincent Vega from “Pulp Fiction” and Mr. Blonde from “Reservoir Dogs” are brothers. Mr. Blonde's “real” name is Vic Vega. Another connection comes through Seymour Scagnetti, Mr. Blonde's parole officer. Jack Scagnetti is a detective in “Natural Born Killers”. Are they related? Half the fun is guessing the connections. Mr. White refers to a former partner named Alabama in “Reservoir Dogs”, who it turns out is Rosanna Arquette's character Alabama in “True Romance”. Another connection of this type is seen in “Inglourious Basterds”, where the Bear Jew, Donnie Donowitz, bears the same name as the producer in “True Romance”, Lee Donowitz. In “Pulp Fiction”, Mia recounts the plot of a pilot movie for a television series in which she had a role, called “Fox Force Five”. She describes five women characters and a tale of revenge that reads like a synopsis of “Kill Bill”.

When “Kill Bill” is examined with Easter eggs in mind, fans will notice that whenever the Deadly Viper Gang is near, the screen goes red to the sound of a siren. This is a tribute to an old Kung Fu movie called “Five Fingers of Death”, which featured the same effect. Tarantino also includes a brief shot of the Shaw Brothers logo, belonging to the largest producer of Kung Fu movies in Hong Kong during the 1970s. This movie's soundtrack also features two songs from a 1973 movie called “Lady Snowblood” that are sung by the lead actress from that movie. The name of Johnnie Mo is based on that of Chinese director Zhang Yimou, famous for martial-arts epics like “Hero” and “House of Flying Daggers”. The actor that played Johnny Mo, Gordon Liu, once played a character who dueled with an opponent named Pai Mei in a movie called “Clan of the White Lotus”. The actor who played Pai Mei in that movie was the lead actor in “Five Fingers of Death”.

Another common feature of any movie with a Tarantino connection is the presence of certain stamps of his presence in the project. The most common is probably what Tarantino fans call The Trunk Shot. This is a scene that is shown as if the viewer is lying in the trunk of a car, looking up at the characters as they play their parts. The Trunk Shot is seen in “Pulp Fiction”, “Reservoir Dogs” and nearly every other movie that Tarantino has either written or directed. Another favorite signature that fans like to point out is Tarantino's seeming foot fetish. Again, with nearly every movie in which he has major involvement, there is at least one significant shot of a woman's feet to set the mood for a scene.

Sometimes he likes to throw a curve ball at the audience by featuring the same actor in more than one role. For example, Michael Parks is Sheriff Earl McGraw in “Kill Bill Vol. 1” and plays Esteban Vihalo in “Kill Bill Vol. 2”. Another case is gangster Johnny Mo of the Rocket 88s, played by Gordon Liu in “Kill Bill Vol. 1”. Gordon Liu returns in “Kill Bill Vol. 2” as Pai Mei, master teacher of both Bill and The Bride. Another variation on this theme is for Quentin Tarantino to play bit parts in his own movies, much like Alfred Hitchcock. In “From Dusk Till Dawn”, he is Ritchie Seth, the brother of George Clooney's character. In “Kill Bill” he is seen as a dead ninja. In “Django Unchained” Tarantino is being scalped. He plays Bonnie's husband Jimmie in “Pulp Fiction”, Mr. Brown in “Reservoir Dogs” and Chester, The Man From Hollywood in “Four Rooms”.

Even in the imaginative and creative world of big-time Hollywood writers and directors, Quentin Tarantino offers a distinctive trademark, with a flair for humor, sarcasm and an exploration of the motives that drive interesting characters in a world gone slightly askew. Easter eggs just happen to add entertainment at an entirely new level, when combined with Tarantino's carefully-crafted universe and memorable characters.